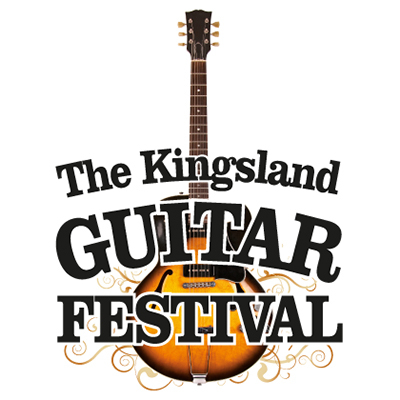 The next Guitar Fest is still in the planning stage – no date yet.

(Our apologies the website here has been neglected. When we confirm the new date we will update it. All the info below is from the one we held back in March)

We are holding a free community event to celebrate the guitar in all its forms with live music representing
as many styles as possible from finger-pickers to shredders.
It will be a Saturday street festival all around the Kingsland shops on Auckland's
New North Road in the various bars and cafés. It's all about bringing people together who love playing guitars
and listening to guitarists and their groups – we want to span the music genres from blues to metal,
folk to country, rock to reggae, and acoustic to electric.
Supported by the Ministry of Culture & Heritage and Auckland Unlimited.
We will be following all the Government rules and guidelines for a safe event at the Red light protection setting.
Email us at:  guitars@guitarfest.nz    Call or text:  021 0233 1558

The Kingslander is the electric stage,
Holy Hop is the acoustic stage
and the Portland Public House is the loopers stage. 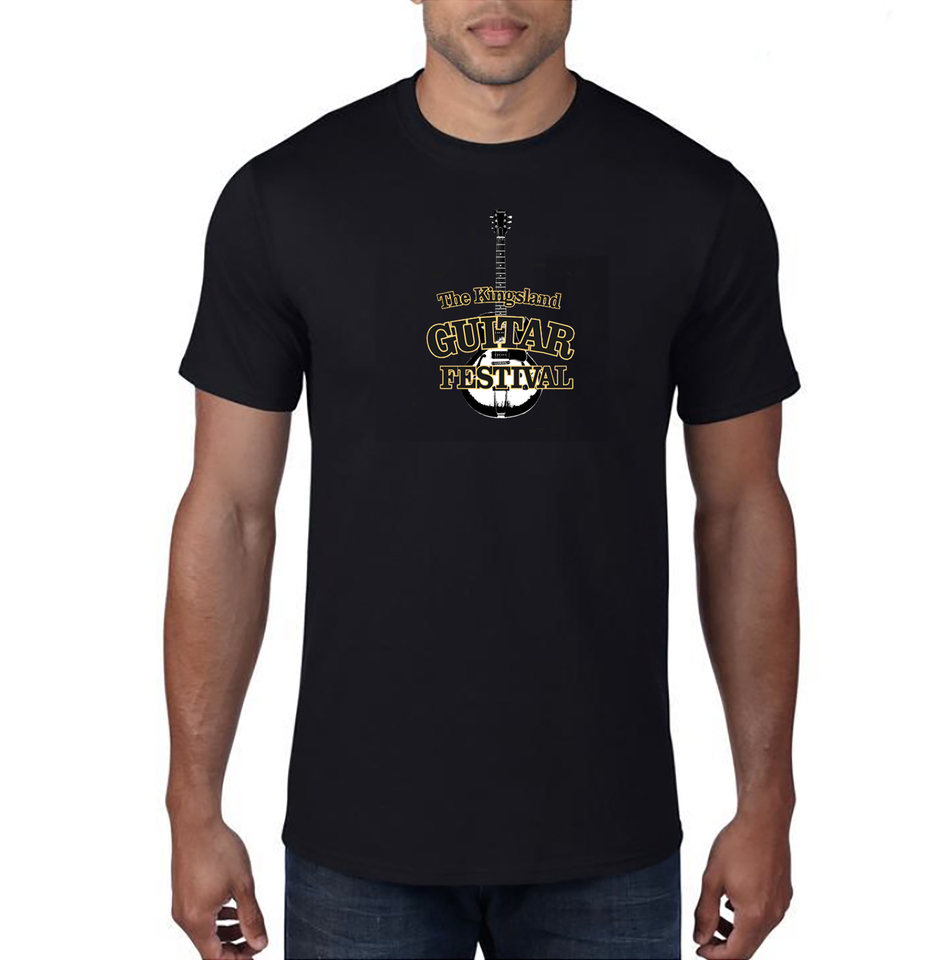 Kingsland Guitar Festival crew T'shirts are available for $35 +$5 postage and handling.
For every T shirt sold we will donate $10 to The National Foundation for the Deaf & Hard of Hearing. 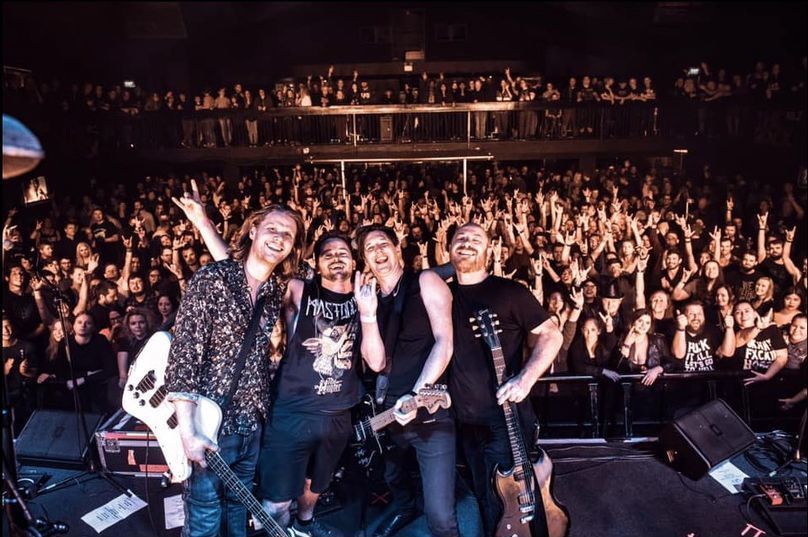 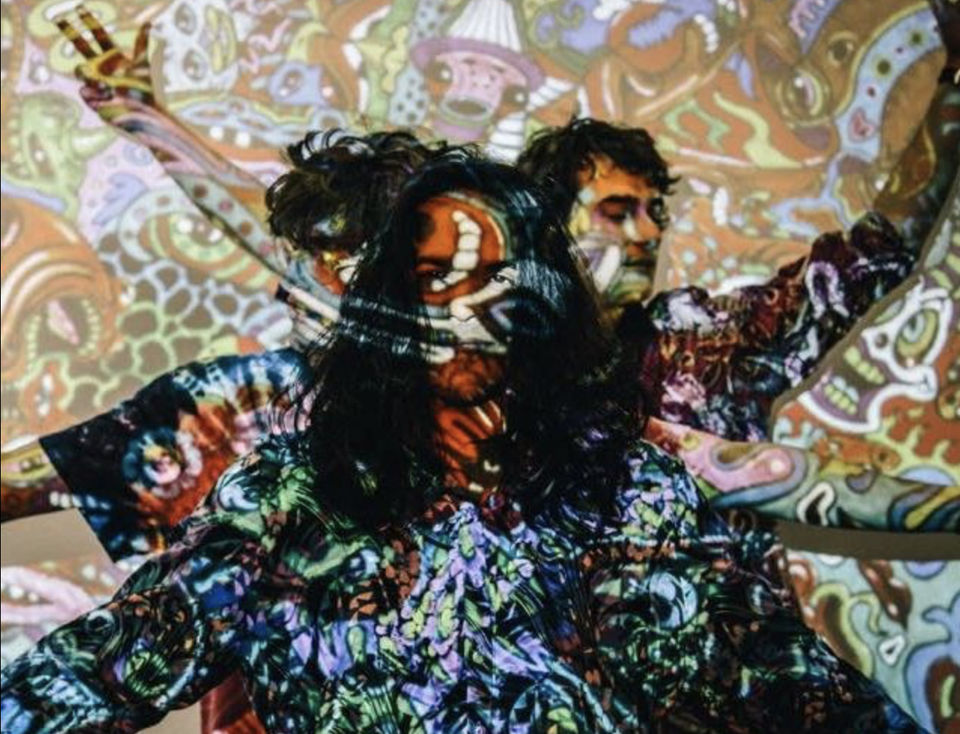 Teleported from a psychedelic era, The Vibes are a bohemian trio of frontman guitarist Brendon Thomas, drummer Timothee Nolier and bassist Michael Anderson who take their cues from the Voodoo Child himself to deliver a fresh take on classic rock. 'Our music holds a deep, spiritual and creative energy, and a human connection of love and storytelling.' says Brendon. Blending blues, funk and soul, the band’s sound has come through years of work on the live circuit and all-night jam sessions. Check out their Wrap You in The Sun EP. 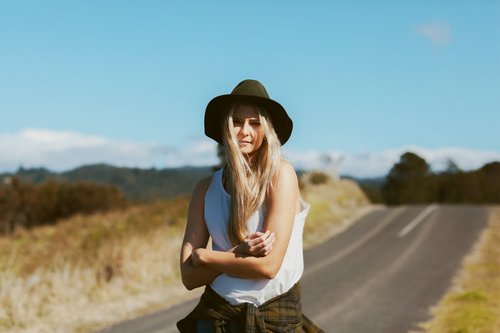 Award winning singer-songwriter and guitarist Jamie McDell is back on home soil. After reaching commercial success in her youth, Jamie has steadily continued to evolve musically while balancing a vagabond meets grounded Kiwi lifestyle. McDell's more recent projects have included writing stints across Nashville and Canada. She draws you in with her stunning musicality and vocals – and her willingness to be vunerable in her lyrics about body image, societal pressures and domestic abuse. An important voice in today's music. Check out her newly released, self-titled album below. 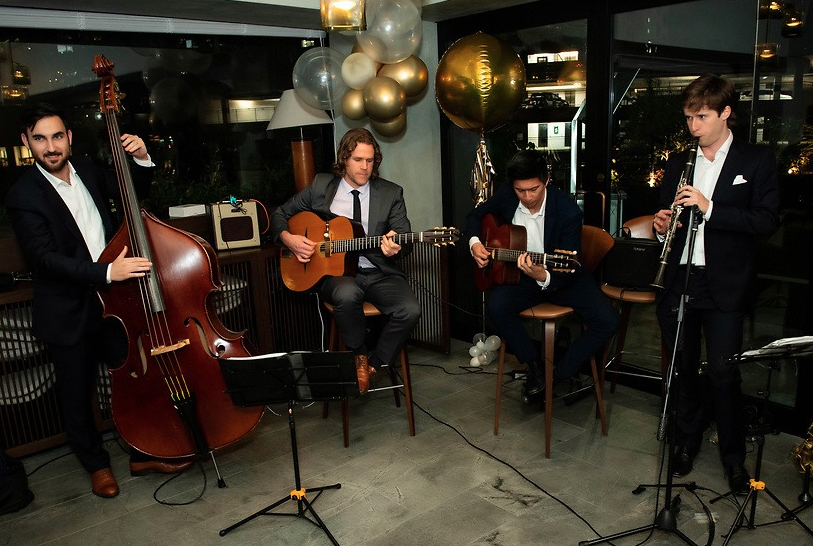 Twistin’ the Swing is a lively, acoustic gypsy jazz band playing by the music of Django Reinhardt, 1930-40’s swing and Romani songs. The band has Asher Truppman Lattie on clarinet and saxophone, Phillip Beatson on gypsy guitar, Travis Hill on la pompe guitar and Djordje Nikolic on double bass. 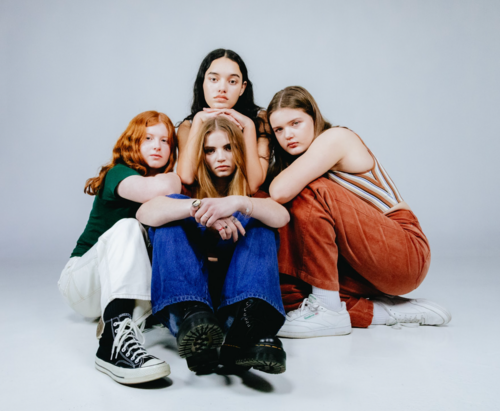 Alternative rockers The Dawns is made up of Mila, lead vocals & rhythm guitar, Imogen, backing vocals & bass, Georgia, lead guitar, and Elliott, drums. This rising indie band was founded five years ago and they have since made waves far beyond their garage – these high school age rockers surely have a bright future ahead. Check out their recent single "Alibi" 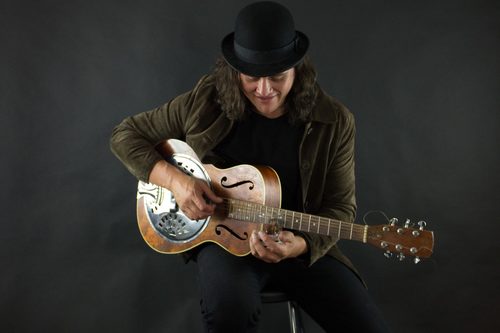 Master shredder Jimi Kara is an Auckland based rock and blues guitarist but his exceptional talent has been recognised far beyond the nation. Described as "one of the most prolific guitarists I’ve ever seen" by Joe Satriani and dubbed Jimi Hendrix reincarnated by Living Colour founder Vernon Reid, you can see why he is greatly treasured in the NZ music community. Kara has even received praises directly into his inbox from Jason Becker, one of the greatest shredders of all time, after Becker watched one of his YouTube videos. Watch for yourself here. 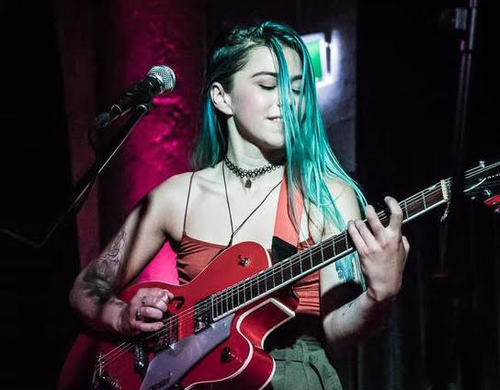 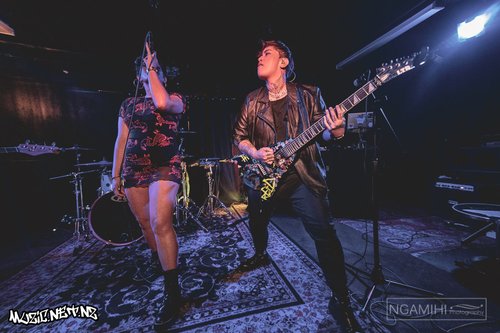 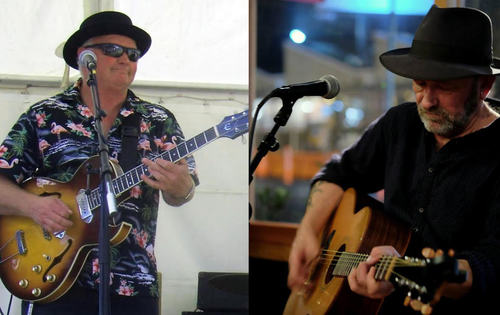 Guitarist, vocalist, harmonica player, recording artist and producer Neil Finlay has had a diverse career to date. His love and finesse for classic blues has seen him sharing the stage with international blues and country musicians and touring with the likes of Brownie McGhee and Billy Joe Shaver. Finlay's musicianship spans widely across country, blues, jazz and swing and he has graced many festival stages as a soloist or with one of his many bands.

One of New Zealand's most accomplished guitarists, his melodic and improvisation skills caught the attention of jazz pianist and mentor Bill Stark when Baird was a teenager. Stark introduced Baird to the world of jazz but that was just one of many musical realms he was to explore, that included country, blues, soul and swing.
https://www.audioculture.co.nz/people/wayne-baird 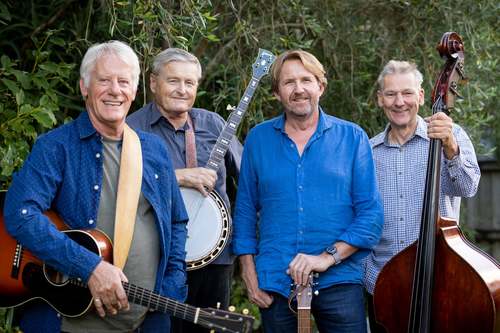 Bluegrass & Beyond play traditional bluegrass and newgrass. Their music is rooted in the authentic style of the 1940's but they also have a specialty for reimagining other songs into the bluegrass genre. More recently this has included incorporating New Zealand stories into original compositions that fit right into that real deal Americana sound.
https://www.facebook.com/BluegrassandBeyondNZ/ 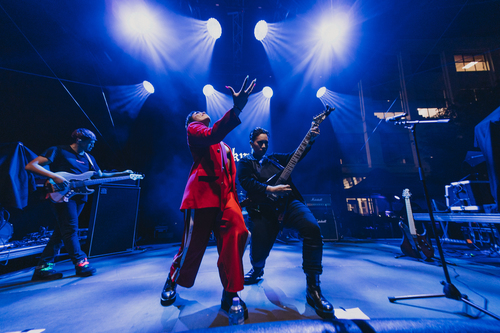 Valkyrie was founded in South Auckland by Omer Gilroy and Rebel Reid. These chart-toppers have made such an impression with their live performances that Six60 booked them to open for their sold out 2021 stadium show. Equally impressive in the studio, these pop-rockers released four singles last year and have some exciting projects lined up for 2022. 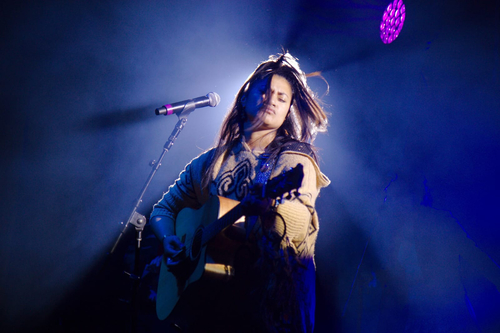 Mema Wilda's music is created on the salutations of emotive expressions. Her melodies and lyrics are inspired by the acknowledgment of dreams and life experiences. Mema's voice is simply angelic; soft yet strong and pure. She has a huge catalogue of both covers and enchanting originals. Mema Wilda is a regular on the New Zealand music circuit with festivals, concerts, events and originals shows under her belt.
https://youtube.com/channel/UCZcOb9clI7t40OErZsLpMNA 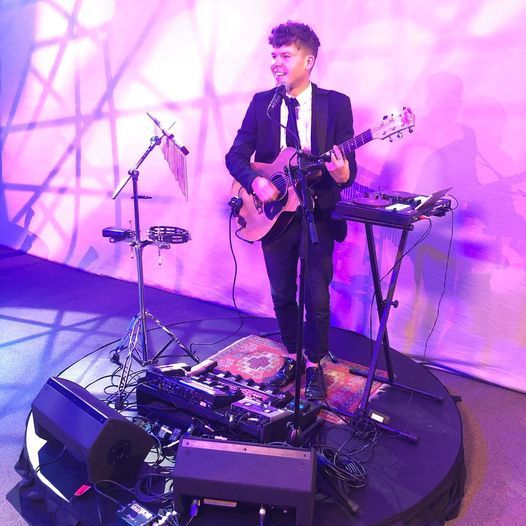 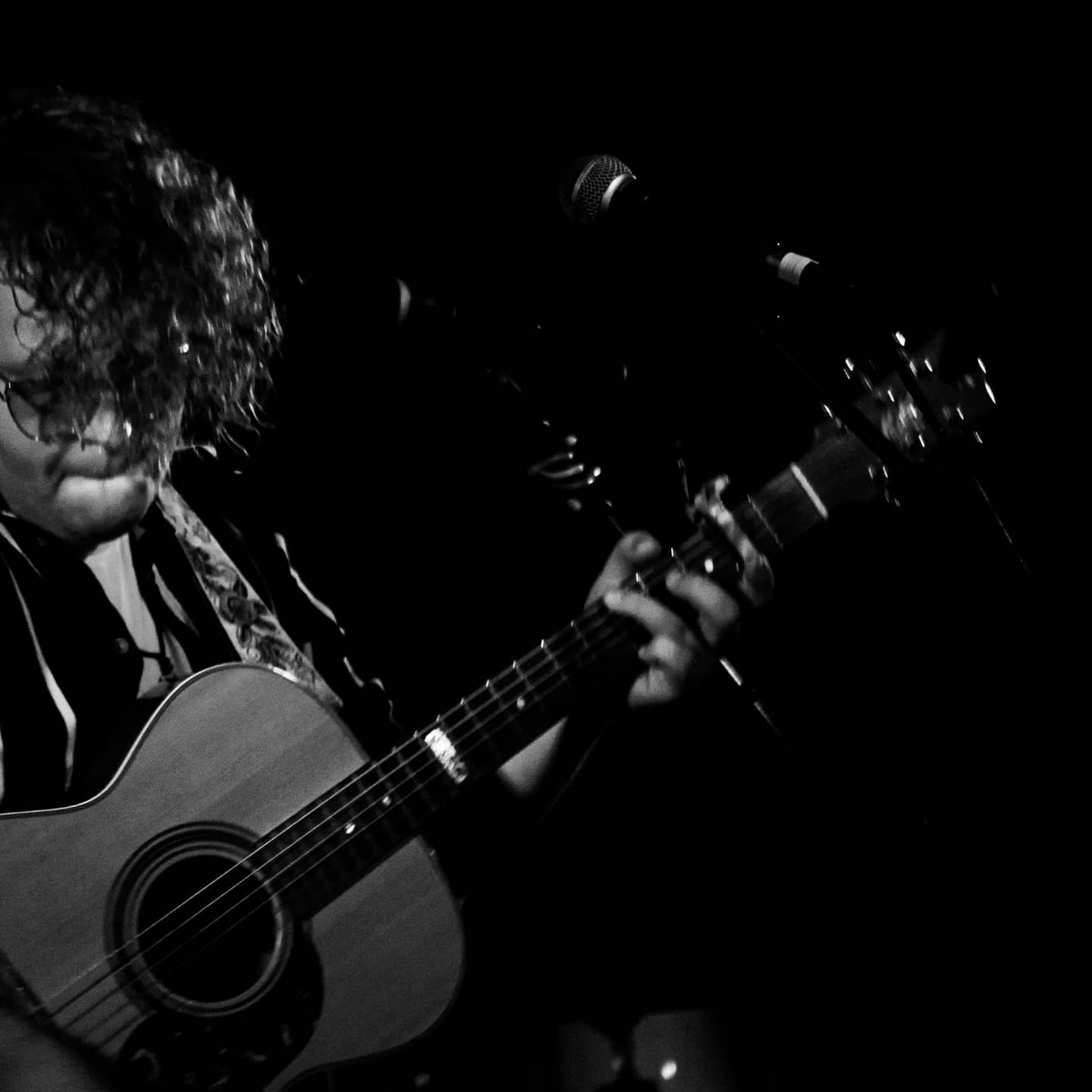 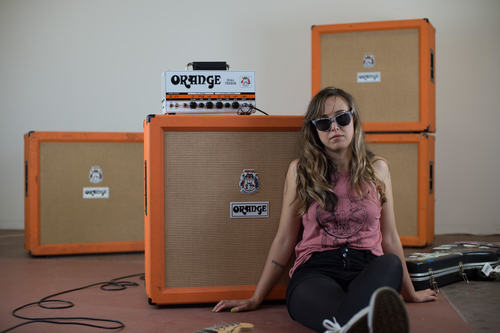